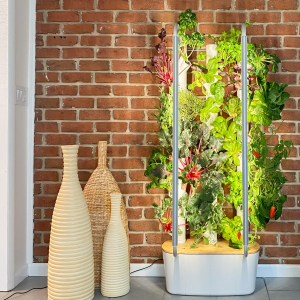 Committed to inspiring the desire for healthy and sustainable living, we are proud to feature our new blog series, a grassroots effort to seek out and shine the spotlight on individuals using their Gardyns in creative ways and contributing positively to their communities.

Delighted with the abundance of homegrown food from her Gardyn, Leah Abucayan wondered what she could do with her extra harvest of greens. A light bulb went off in her community-minded spirit. Instead of throwing out the surplus of produce, she wanted to donate the greens in creative ways to Atlanta area solidarity fridges.

Gardyn: What made you want to decide to become a Gardyner?

Leah Abucayan: I’m an artist and graphic designer for CNN Digital in Atlanta, Georgia. Since quarantine, I’ve gone from one barely surviving succulent to a jungle house full of plants. I had been looking at some home gardens online and one day I got a giant box delivered to my doorstep unexpectedly. My very thoughtful husband who is in the Army was away at the time and sent me the Gardyn as a gift. I’ve been obsessed with it ever since.

In the Gardyners Facebook group, you mentioned you’ve been donating some of your harvests to community fridges, can you tell us more about that initiative and how other Gardyners can get involved?

I just recently found out about my local community fridge project which has about 6 different fridges in various locations spread out throughout the city of Atlanta. It’s free for all to take food and also to donate if you want to help out. It’s not a charity, it’s more for solidarity in the community, sharing is caring after all.

A few weeks back my mom came to visit me from California and we decided to make sack lunches to drop off at a few fridge locations. We were able to speak with some volunteers who organize and clean out the fridges weekly and we also spoke with a few people who were gathering food for their family for the week. It was very impactful to see and I noticed a lot of pre-made lunches, can food, and fruits and well as toiletry kits and feminine hygiene kits.

After coming back home I realized I had an overabundance of greens and we weren’t able to eat them right away. So instead of throwing out produce when they start to get too mature, I decided that I wanted to donate the greens in the same way so that I wouldn’t be wasting and others could also enjoy having fresh greens at home whether they want to harvest from the plant or just take it and plant it at their home. One of the perks of having a membership is always having more than enough pods to share. If I’m not adding the lettuce to sandwiches or using other produce in remade meals, I just remove the entire plant from the pod, put it in a mason jar weighed down with rocks, and fill it with water.

I was intrigued by this idea of a community fridge so I did further research to find local fridges throughout the United States and to my surprise, there are so many in almost all 50 states and not enough people know about this initiative. I wanted to spread the word about these projects so that everyone has the opportunity to have a healthy meal and also donate to someone else so I created a map to help spread the word.

What is your favorite plant to harvest right now and how do you use it?

My favorite plant is probably the tomatoes and tatsoi. I had never heard of tatsoi before getting my Gardyn, but I love how it looks when it grows and I love the versatility of the plant and that it never gets bitter as it ages. I think it’s my most frequently used plant when I cook and I like to sauté it as a substitute for anything I would use bok choy or spinach in. Today for lunch I used my tomato, cilantro, and tatsoi in an udon noodle stir fry. It was delicious and nutritious.

What is your most memorable Gardyning moment?

I was out of town for about two weeks and frequently check my app’s live feed to see how my Gardyn is doing when I’m away. Some of my plants had gotten so big and overgrown it covered Kelby’s cameras and when I got back home, it was like a Jack and the Beanstalk moment. My green had skyrocketed to the ceiling and my dill had grown about 4-feet tall!

What advice would you give to Gardyners just starting out?

Listen to Kelby when it says to thin out your lettuces. I was hesitant to thin them out the first time since the sprouts looked so strong. I should have listened because the pods were so overpacked that some started to grow all strange and upward since there was no room in the pod for four plants.

I would also suggest if you are growing tomatoes or herbs, invest in some plant ties because they will grow upward and you’ll need to secure them so they don’t fall over. For example, I put my tomatoes on the very bottom so that they have room to grow up the tubes.

Interested in being featured or want to give a shout-out to someone in your community? Reach out to gardyners@mygardyn.com or fill out our interest form. 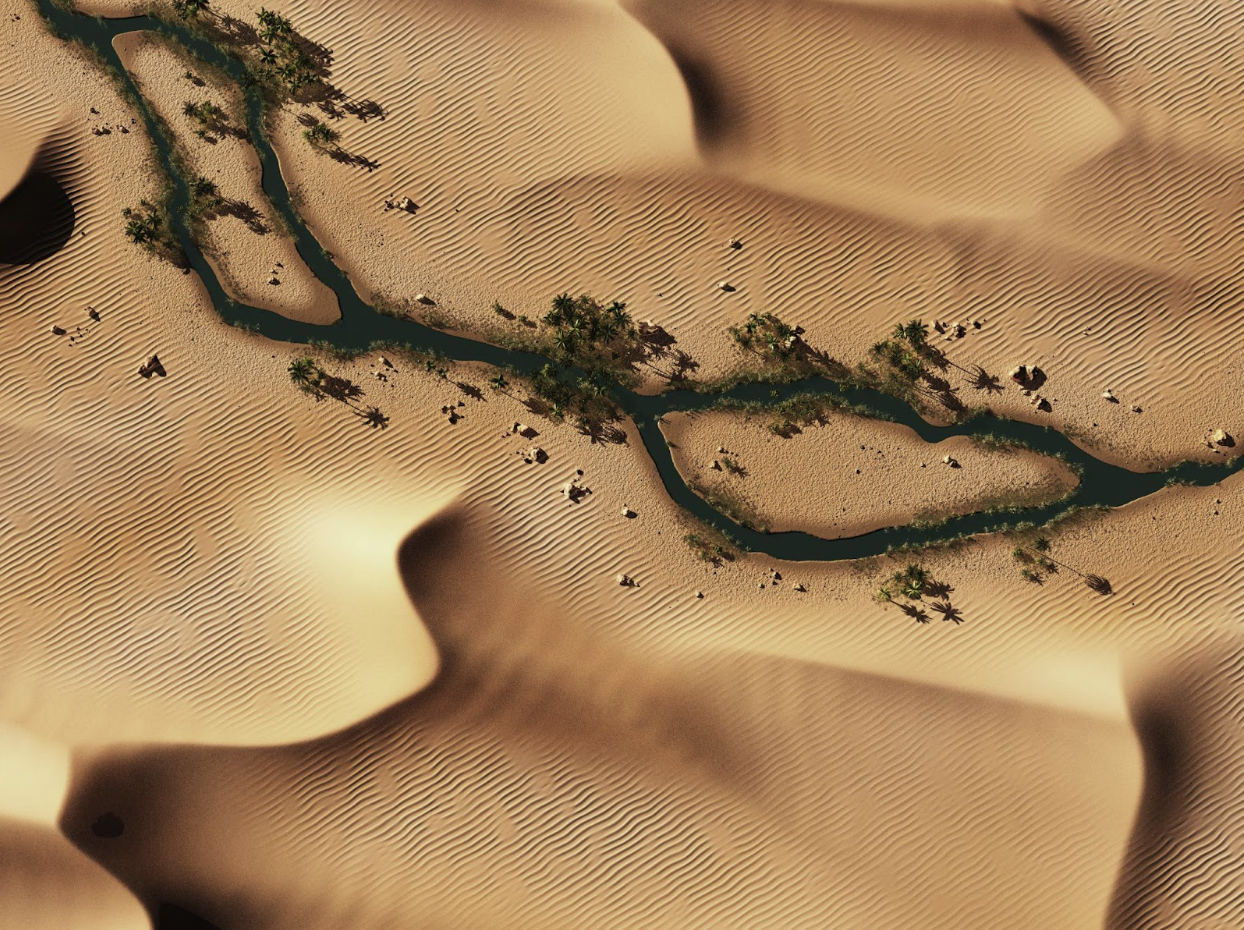 Earth Overshoot Day marks the date when humanity’s demand for ecological resources and services exceeds what Earth can regenerate. 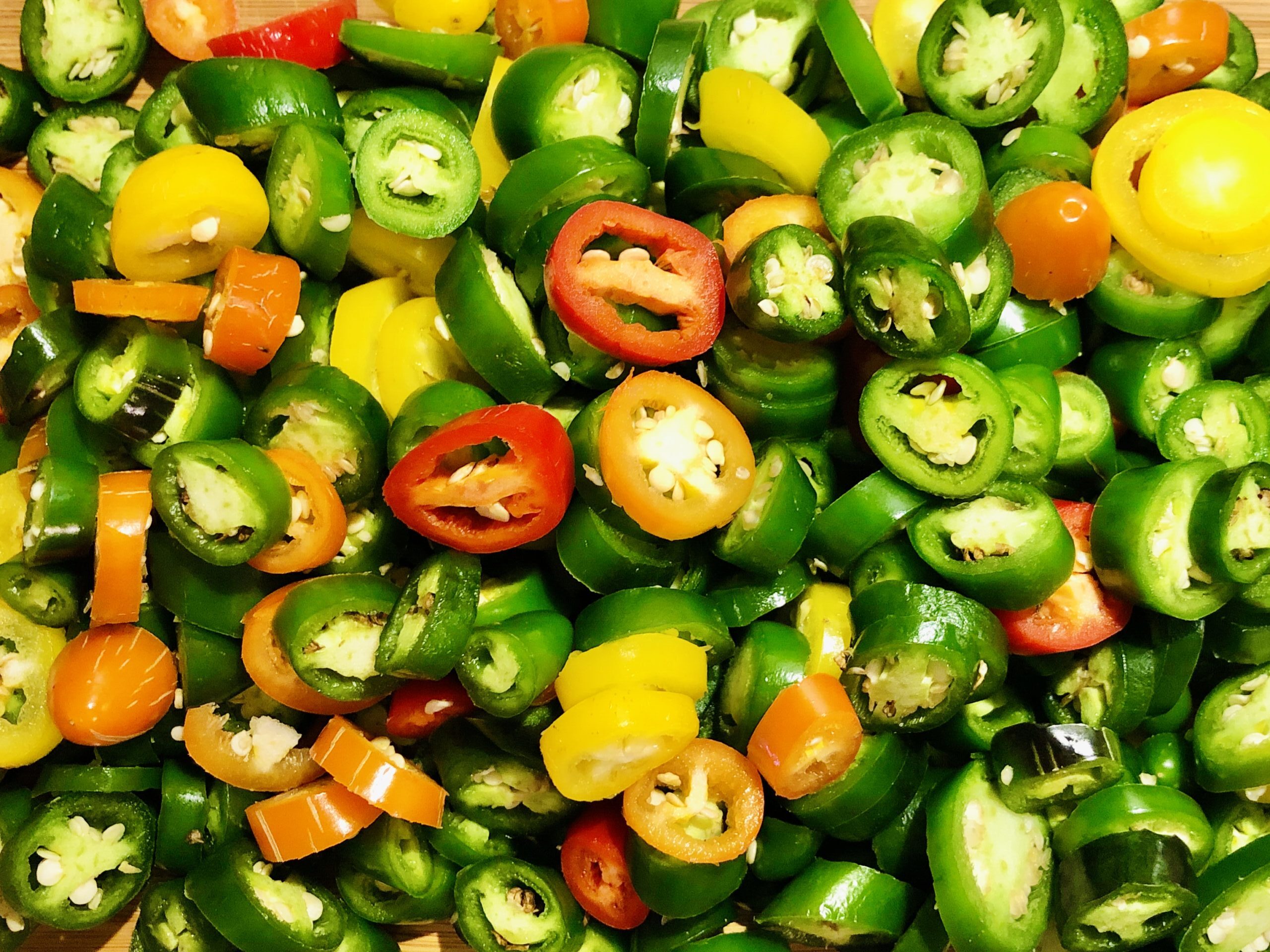 Spice Up Your Summer With Gardyn Hot Pepper Recipes

Hot peppers are easy to grow and more versatile than you think! Get 4 easy (and tasty) recipes that are perfect for enjoying and preserving your Gardyn peppers. Plus, learn how peppers are ranked by heat level and where our pepper varieties fall on the scale. 3 Tips to Maximize Your Gardyn Harvests This Summer

Learn about the plant life cycle plus get tips on how to choose heat-tolerant varieties and succession plant your Gardyn. Gardyn Plant Health and Nutrition Research: Seed to Harvest and Beyond

A “behind the leaf” look at Gardyn’s Plant Health and Nutrition Research and Development facility where we rigorously test a wide range of fruits, vegetables, herbs, and flowers to ensure that only the best growing (and tasting) plants are available to our Gardyners. Also, learn about how our scientists are continuously developing new ways to improve our sustainability and the Gardyning experience. Wondering what Gardyners are growing? Here’s a list of our top 5 favorite plants grown by Gardyners. Romaine Gardyn’s most popular plant, Romaine is an